BLOG
information about company and guides

Windows in Kray for PRO100

comments (0)
design academy
5 July
The basic rule of work in Kray is the principle of accurate representation of reality in the rendered scene. It is vital in the case of the windows, as the light entering the room through the windows is  the base of the process and affects the entire visualisation.
Setting the correct, real parameters of the textures is the key to achieve the realistic visualisation. The second essential element is the realistic lighting of the scene, so that the light illuminates the room through the windows. Just as in reality.


The room is lit by the background light and sunlight entering the project just through the window. The brightness of the project, is controlled by the amount of the background light and sunlight getting into the design. The texture of the forest has been added onto one of the walls of the scenes cuboid, behind the window. All walls except the wall with the window are "closed". Light does not get into the design through them. 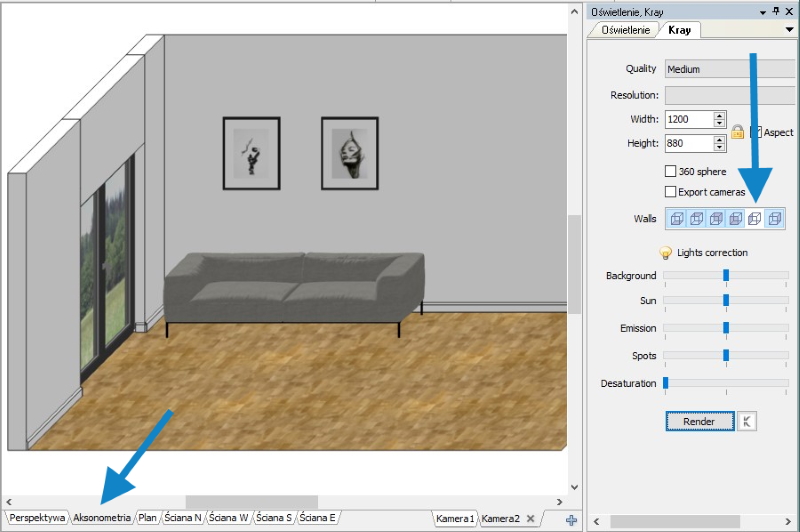 The right arrow shows the wall that the light is entering into the scene through. The buttons refere to the axonometric view.

Note: As in reality, setting low transparency would darken the scene (less light can pass through less transparent glass). Low glossiness would diffuse the light, blurring both the reflection in the glass and the image behind the window.


The examples below show how the above principles affect the rendering ffects.

You have not added any comments yet.